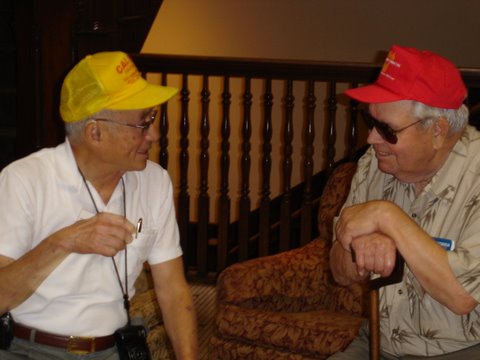 Two sons of San Francisco, from very different neighborhoods, thrown together by World War II, warmed to each other and melted a little of the racial prejudice and segregation that was then so rampant. As young men, they both attended San Francisco City College and both ended up in the 285th Combat Engineers, though they did not know each other.

During their training in Tennessee, Kentucky and Mississippi, the 285th Combat Engineers were being moved from one location to another overnight by Pullman Sleeper train. There weren’t enough berths, so the order was given — one soldier to an upper bunk and two soldiers to a lower bunk. My dad, Art Brandow, being a big guy (6’2”), tried to grab an upper bunk for himself without success. All were taken. Then he tried to find the smallest guy in the unit to share a lower bunk with. That guy was Bill Lee.

After discovering that they were both from San Francisco, they became friends. They each got leave to visit home before shipping out to Europe, but not during the same week. Together they arranged for Bill to have dinner with Art’s family in Westwood Park near City College and for Art to have dinner with Bill’s family in Chinatown.

Even though Bill’s father was a cook for a wealthy white family who lived on Nob Hill, Bill had never been invited to a Caucasian family’s home for dinner. Likewise, Art had never been invited to a Chinese family’s home for dinner. It was the summer of 1944. It was a simple act of kindness between two army buddies and their families, prior to these two sons of San Francisco facing the hazards of war. But it was a very meaningful expression of unity, considering the segregation that existed at that time.

I got to meet Bill and see him and my dad reminisce about these days, during their 285th Combat Engineers Reunion in Nashville, TN in 2004. The 285th was thrown into the breach at the Battle Bulge (Hitler’s last great counter-offensive) two-days before Christmas 1944 and then fought with General George S. Patton’s Third Army into and across Germany. Art’s job was to demolish bridges the enemy might use, and to build new or to reinforce existing bridges for Patton’s advancing troops and tanks. Bill’s job was transporting and potentially deploying chemical weapons. Unlike World War I, both sides decided not to use these horrific weapons in combat, but they did have them at the ready.

Bill Lee published a book in 2010 called San Francisco Son about some of his life experiences. Bill was born in 1923 in Chinatown, San Francisco, CA. Much of his book is short pieces about growing up in Chinatown in the 1920’s and 1930’s.

Bill writes in his book about his journey back to California from Germany and his discharge from the Army at Camp Beale (now Beale AFB) near Marysville, CA. in February 1946, and then immediately resuming his classes at UC Berkeley for a B.S. in Chemistry. Art must have been on the same transport, because he quickly ended up as a transfer student at UC Berkeley in Civil Engineering the same month.

Art went on to a successful career as a civil engineer with the City & County of San Francisco and as a city manager for the Town of Corte Madera and the City of Belmont. In 1964 he came out strongly in favor of the Rumford Fair Housing Act (banning housing discrimination in California) and against its repeal by ballot proposition. That was an unpopular position for a small town city manager to take, but it was the right thing to do. Art retired in 1985, moved to Davis a few years later and died in 2006.

Bill went on to get a Ph.D. in organic chemistry at the University of Minnesota. Then after his first job in Dayton, Ohio, he returned to California and worked a full career at SRI (Stanford Research Institute). He now lives near one of his three sons in Sunnyvale, CA.

Bill is an interesting and humble guy. When I started drawing cartoons for the Cal Aggie college newspaper years ago, every time dad saw one of my cartoons he would say, “You know I have a friend named Bill Lee who drew cartoons in the army and in college.” So it was fun to meet Bill in 2004, and it was fun for me to read his book San Francisco Son.

I hope Bill Lee writes another book and includes a story about the two sons of San Francisco who visited each other’s homes just across town, but worlds apart in 1944. 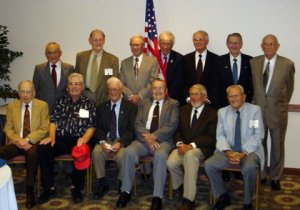 Hydrologist Clay Brandow has water on his mind most of the time, but now is seeking other diversions. Dear reader I'd love to hear from you. Please leave me a comment or two. It's easy.
View all posts by colorfulclay →
This entry was posted in Veterans. Bookmark the permalink.